Top of the Pops Night Long

It's October 13th 1983 and the nights are slowly getting longer, a cold wind is blowing from the north, the leaves are turning golden and falling from the trees, but at least we can stay in and enjoy the warmth of another edition of Top of the Pops..... 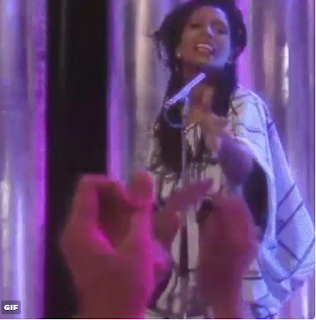 You have to hand it to Lydia...

Roman Holliday – “Motormania” (47)
Maybe this should have been on the previous show? Anyway, it  was their final hit and got no further than number 40.

George Benson – “In Your Eyes” (7) (video)
His third and final top ten hit, also now at its peak.

Bucks Fizz – “London Town” (37)
Became their first single not to make the top 30 when it peaked at number 34. But also an edit victim of the early showing.

Lydia Murdock – “Superstar (Billie Jean)” (30)
A song about being a character from another song! Could have made a great concept album, that idea. It was her only hit though, peaking at number 14.

Lionel Richie – “All Night Long (All Night)” (16) (video)
At last a challenger for Culture Club, but this first track from the massive number one album, Can't Slow Down, peaked at number 2. 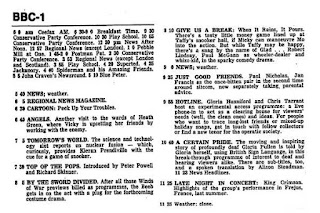