Heaven is a Place on Top of the Pops

Is this the answer to your prayers? It's the 14th January 1988 edition of Top of the Pops! 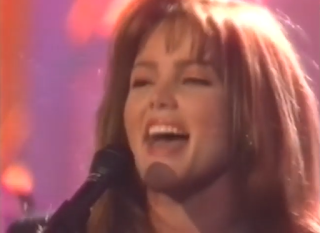 Going to a Go-Go

Climie Fisher – “Rise To The Occasion” (10)
Getting tonight's show underway but this song could rise no further.

Tiffany – “I Think We’re Alone Now” (13) (US TOTP clip)
With her live vocal studio rendition of the song that will be number one in three weeks time.

Krush – “House Arrest” (3)
Their second appearance in the studio but the record was now at its peak.

Terence Trent D’Arby – “Sign Your Name” (8)
In the studio again to perform what became his biggest hit, but also his third and final top ten hit, peaking at number 2.

Belinda Carlisle – “Heaven Is A Place On Earth” (1) (US TOTP clip)
Another live vocal from LA, and Belinda's first of two weeks at number one.

Top of the Pops & All of the Night

We might be seven days into the New Year but the party continues with this 7th January 1988 edition of Top of the Pops! 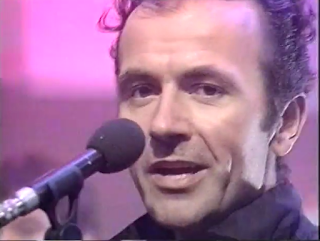 Sinitta – “GTO” (20)
Getting the New Year underway with a slinky song that peaked at number 15.

Depeche Mode – “Behind The Wheel” (32)
Still another two years to wait until their next top ten hit - this one peaked at number 21.

The Stranglers – “All Day & All Of The Night” (19)
This Kinks cover became their seventh and final top ten hit when it peaked at number 7.

Terence Trent D’Arby – “Sign Your Name” (29) (breaker)
Became his biggest hit when it peaked at number 2.

Joyce Sims – “Come Into My Life” (21) (video/credits)
Became her only top ten hit when it peaked at number 7. 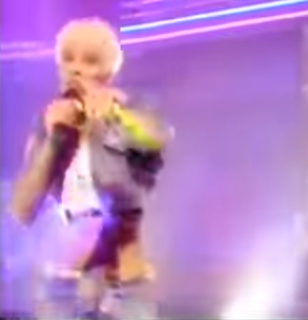 Yazz & the Plastic Population ~ 'The Only Way is Up'
Our new blog title, the second biggest seller of the year, and Yazz's only number one hit.

Tanita Tikaran ~ 'Twist in my Sobriety'
Peaked at number 22.

S-Express ~ 'The Theme from S-Express'
Became their only number one hit at the end of April.

Kylie Minogue & Jason Donovan ~ 'Especially For You'
A number one of course! But didn't get there until January 1989!

Tiffany ~ 'I Think We're Alone Now'
Singing her only number one live in February.

Everything But the Girl ~ 'I Don't Want to Talk About It'
The duo's joint biggest hit peaking at number 3.

Bros ~ 'When Will I Be Famous?'
Became their first of eight top ten hits when it peaked at number 2.

Eurythmics ~ 'You Have Placed a Chill in my Heart'
Performing it live and it peaked at number 16.

Enya ~ 'Orinoco Flow'
Became her only number one hit at teh end of October.

Fairground Attraction ~ 'Perfect'
With their only number one hit, which got there for one week in May.