My Perfect Top of the Pops

You don't need a degree in economics, maths, physics and bionics to work out that a quarter of 1980 has already been and gone as we arrive at the 10th of April. 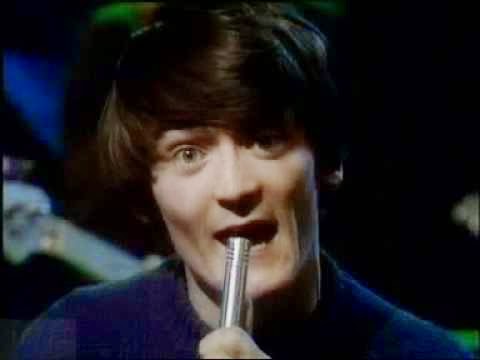 Don't beat me a subbuteo ~ you wouldn't like me if you beat me at subbuteo....

(2) LIQUID GOLD – Dance Yourself Dizzy (and charts)
Stuck at number two, they couldn't quite make it to the dizzy heights of number one.

(46) SKY – Toccata
It's not often a 300 year old Bach tune makes the top ten but this one did for Sky, a group that included John Williams on guitar and Herbie Flowers, who wrote Grandad, on bass. Toccata was the groups only hit single but they had four top ten albums, including a huge number one in 1980 with Sky 2.

(12) JUDAS PRIEST – Living After Midnight ®
A repeat showing for their biggest hit to date, now at its chart peak.

(17) SIOUXSIE & THE BANSHEES – Happy House ®
This repeat showing, also now at its chart peak, was unhappily edited out of the 7.30pm edition.

(22) THE BODYSNATCHERS – Let’s Do Rock Steady
A second studio appearance here for the proto-Belle Stars, now at their peak in the charts.

(45) BUGGLES – Clean Clean
Here's a song I especially liked back in 1980, and it persuaded me to go and get its parent album, The Age of Plastic. But this single didn't make the top 30 and effectively marked the end of the Buggles.

(1) THE DETROIT SPINNERS – Working My Way Back To You – Forgive Me Girl (Medley)
(video)
Quite surprisingly replacing the Jam at number one, and Simon Bates then incorrectly predicted a new number one next week. He probably had Call Me by Blondie in mind.

(16) SECRET AFFAIR – My World (and credits)
Playing us out this week are Secret Affair, with their final top 30 hit My World at its peak in the charts.


Next week should be the 17th April, but here we find the first JS edition of 1980, so it will be skipped and instead we will get the 24th April hosted by Steve Wright.
Posted by Angelo at 13:20 50 comments:

Top of the Pops to Cairo

The news breaking this week is that the return of a revamped Top of the Pops on Friday nights hosted by Dermot O'Leary and Fearne Cotton is imminent. Let's hope they are both watching the 1980 repeats to see how it's done....... 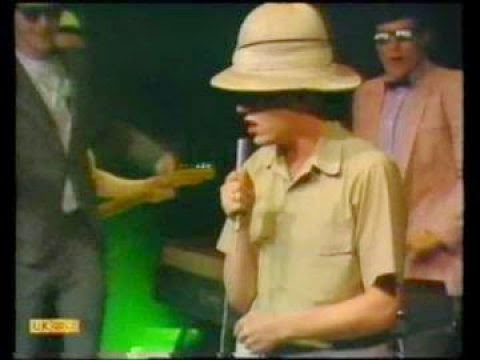 And you too can watch the whole feztastic edition right here on youtube...

(15) JUDAS PRIEST – Living After Midnight (and charts)
Almost at its chart peak of number 12 now.

(14) MADNESS – Night Boat To Cairo
Getting the show underway, full of eastend promise. Night Boat to Cairo was actually a track from their e.p. Work, Rest and Play.

(12) BARBARA DICKSON – January February ®
Now just one place away from its chart peak of 11.

(37) DEXY’S MIDNIGHT RUNNERS – Geno
The first stomping appearance on the show for this future number one, which was a tribute to American singer Geno Washington.

(26) THE PRETENDERS – Talk Of The Town (video)
Kid Jensen introduces this as possibly 'their best one yet' but it didn't become quite as big a hit as their previous single.

(19)  Legs & Co ~ return to more conventional disco this week for a routine to Don’t Push It, Don’t Force It by Leon Haywood

(34) THE SELECTER – Missing Words
Not only were the words missing, but so was the rest of the song, from the 7.30 showing.

(25) B.A. ROBERTSON – Kool In The Kaftan ®
But this repeat performance was left in, edging its way towards a peak of 17 in the charts.

(7) THE LAMBRETTAS – Poison Ivy
A colourful and energetic performance from the Lambrettas here for this ditty to VD.

(NEW) PRIMA DONNA – Love Enough For Two
This was of course the UK's entry for the 1980 Eurovision Song Contest, which the Kid informed us would be held on the 19th April. It came third, but the record failed to make the top 40 in the charts.

(1) THE JAM – Going Underground ®
A third and final week at number one for the Jam. The apron that Paul Weller has on is in homage to The Who's album, The Who Sell Out, which features Roger Daltrey in a bath of Heinz baked beans.

(9) DR. HOOK – Sexy Eyes (and credits)
The Kid reminds us that on Easter Monday there's a Dr Hook special on BBC1, and then Sexy Eyes plays over the credits, the group's final top ten hit.

Going Top of the Pops

(3) THE VAPORS – Turning Japanese (and charts)
Now at its peak in the charts.

(4) LIQUID GOLD – Dance Yourself Dizzy
A third performance from Liquid Gold, and the drummer seems to have run out of places to put the keyboard!

(23) GENESIS – Turn It On Again ®
A repeat of their debut performance, but the 'Turn it on Again' part was left in this time.

(11)  Legs & Co – Stomp around in black dresses to the Brothers Johnson, with a song co-written by Rod Temperton, no doubt giving it a leg up into the top ten.

(25) JUDAS PRIEST – Living After Midnight
Lead singer Rob Halford has gone all long haired and blond since the last time we saw him, and this song was the first of three top 30 hits in 1980.

(21) SIOUXSIE & THE BANSHEES – Happy House ®
Another repeat showing here with Happy House on its way to a peak of 17.

(29) THE DOOLEYS – Love Patrol ®
Were also edited out, though this was a repeat.

(5) THE DETROIT SPINNERS – Working My Way Back To You – Forgive Me Girl (Medley) (video)
The only video on the show tonight and the first time we've seen the Detroit Spinners in action.

(1) THE JAM – Going Underground
With Paul Weller sporting a back to front (advertising!) Heinz Tomato Soup apron as a nod to The Who, this was the second of three weeks at number one for Going Underground.

(30) LEON HAYWOOD – Don’t Push It, Don’t Force It (and credits)
Playing over the credits is Leon Haywood with his only UK chart hit.


Next week is a Sky at Night week so we have to wait a fortnight until we get to see the edition from April 3rd 1980
Posted by Angelo at 14:30 69 comments:

Top of the Pops for Thought 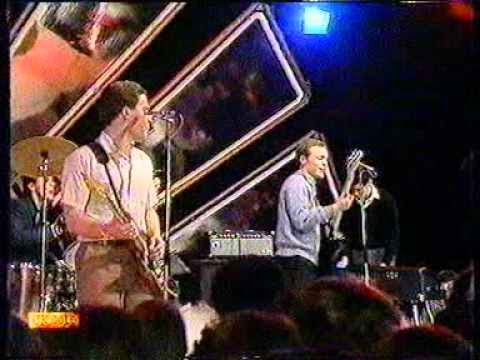 Do you think they'll notice this is a Christmas song?

(31) THE BODYSNATCHERS – Let’s Do Rock Steady
This was the only top 30 hit for two toners The Bodysnatchers, although most of the band would eventually return to the charts as the Belle Stars.

(16)  Legs & Co  – with a special effects laden routine to Spirit Of Radio by Rush, and joined it would seem by the silhouette lady from Tales of the Unexpected.

(27) THE LAMBRETTAS – Poison Ivy
This Leiber and Stoller song was the band's only top ten hit, and they performed it with some gusto.

(29) BARBARA DICKSON – January February
This follow-up to the non-top 40 Caravan Song fared much better in the charts, narrowly missing out on the top ten. It was written by Alan Tarney, who'd had a massive success in 1979 with We Don't Talk Anymore.

(24) SHAKIN’ STEVENS – Hot Dog ®
A third time on the show for the former Cardiff milkman with Hot Dog now in its peak position.
Then just before the next act, who should pop in to the studio but David Soul, about three years too late, to tell Mike Read about his new single, which didn't make the charts.

(15) MARTHA & THE MUFFINS – Echo Beach (video)
The official video here, though I'd rather have seen their Top of the Pops performance again.

(45) B.A. ROBERTSON – Kool In The Kaftan
Another cracking tune but not as successful in the charts as his first two singles. Maybe that's why they edited him out of the 7.30 showing.

(1) THE JAM – Going Underground (video)
Straight into the charts at number one. The first time that had happened for 7 years, since Slade did it with Merry Xmas Everybody.
.
(4) THE VAPORS – Turning Japanese (and credits)
Now just one place below its chart peak