Top of the Pops 19th April is Coming Home Again

Just turned up online (from Chris Retro??) here's most of the DTL hosted 19th April 1979 edition of Top of the Pops that was skipped by BBC4....

BBC4 will skip the 3rd May 1979 edition of Top of the Pops, but it is available online, so I am able to post the link to it.

Obviously if you are offended by the host of this show, Jimmy Savile, then do not click the link to watch it! But Top of the Pops is not really about the host, it's about the performers, and they have done nothing wrong (fingers crossed!) and deserve to be seen and heard. And we are all free to make our own choices.

At just over 20 minutes duration, this is a relatively short edition of the show, maybe something to do with having to make room for swingometers and such like, for the May 3rd 1979 was General Election night....... 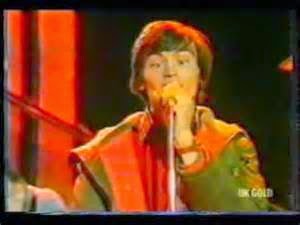 Thanks very much once again to Darnall 42 for making this available online :-)

One Way Ticket to Top of the Pops!

I came in a bit late this evening and didn't catch any of tonight's 7.30 pm show until Racey, so not too sure who got edited out up that point, but I'm guessing maybe Generation X and/or Supertramp...
But anyway, what was on ITV on the 26th April 1979:

And Top of the Pops lined up like this: 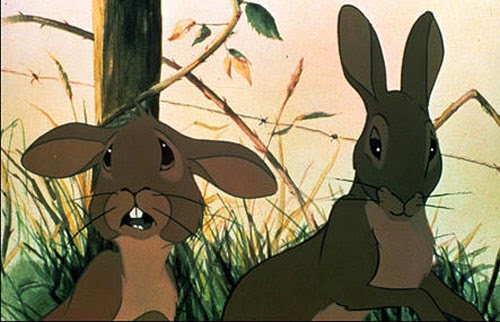 Grease ~ eat your heart out!
Neil Diamond ~ plays over the chart rundown with Forever in Blue Jeans at its peak chart position.
﻿
Generation X ~ Also at its peak was Valley of the Dolls, and this was also the final top 40 hit for Generation X.

Supertramp ~ And guess what, The Logical Song was currently at its peak in the charts too!

Eruption ~ Sorry I missed this one (presuming it wasn't edited out) - not quite as fine a cover as I Can't Stand the Rain, but still well worth a watch. One Way Ticket was their second and final UK hit. I also recall Paul Nicholas doing a very different sounding version of this at around the same time.

Siouxsie and the Banshees ~ I'd have quite liked to have seen this one too - will have to catch it all on iplayer tomorrow. Another song at its peak in the charts on tonight's show.

Racey ~ same blue suits but a new performance and a new (mystery) girl to dance with, and at number two in the charts, this was also as far as Some Girls would go.

Amii Stewart ~ They certainly seemed to have a lot of fun on Snowtime Special didn't they? This cover of Eddie Floyd's 1966 original reached number one in the USA and was the first of two top ten UK hits for Amii in 1979.

Sham 69 ~ edited out of the 7.30 show - but seems like it was a new performance of Questions and Answers which was, of course, at its chart peak.

Boney M ~ Looking more like they were dressed for Ascot than a disco in the snow, this song marks the end of an era for the band, being their final top ten hit (except for their 'Megamix' of the late 80's).

Monks ~ Hard to imagine how this band evolved from The Strawbs, but here are Richard Hudson and John Ford, writers of Part of the Union, with a song infamously described by Johnny Rotten on Juke Box Jury as 'rubbish' - a bit harsh, not a bad novelty record really and I like the twist at the end.

The Bee Gees ~ Legs and Co go all Japanese this week dancing to this lesser known Bee Gees hit (although maybe not so lesser known in the USA where it got to number one!)

Art Garfunkel ~ Another 60 seconds of rabbit action, with Art now half way through his six weeks stay at the top of the charts and with sales of 1.2 million Bright Eyes was 1979's biggest selling single.

Showaddywaddy ~ This week's show began with a song at its peak in the charts, and it ends the same way with Remember Then playing over the credits.

Next week's show, the 5th of May 1979, is the first of ten this year to be hosted by Jimmy Savile, and so will be skipped, moving us on instead to the 10th May and Mike Read.

I Don't Wanna Lose Top of the Pops!

Whilst the ever enthusiastic Peter Powell was hosting Top of the Pops on 12th April 1979, ITV were showing: 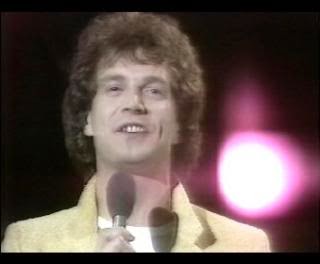 (10) THE THREE DEGREES – The Runner (and charts)
(75) LIGHT OF THE WORLD – Swingin’
(14) KATE BUSH – Wow ®
(27) SHOWADDYWADDY – Remember Then ®
(11) THE SEX PISTOLS – Silly Thing (danced to by Legs & Co)
(26) NEIL DIAMOND – Forever In Blue Jeans (video)
(3) RACEY – Some Girls ®
(24) SUPERTRAMP – The Logical Song (video)
(20) SHAM 69 – Questions And Answers
(22) KANDIDATE – I Don’t Wanna Lose You
(6) SISTER SLEDGE – He’s The Greatest Dancer (video)
(1) ART GARFUNKEL – Bright Eyes (video)
(25) WINGS – Goodnight Tonight (and credits)
The 3 Degrees ~ play over the credits this week with their disco song The Runner at its number 10 peak in the charts.
Light of the World ~ they took their name from a Kool and the Gang album, but didn't achieve the same chart success, this swingin' number peaking at 45.
Kate Bush ~ an award winner 'last night' according to Peter (the Nationwide/Brits?) here she is with Wow at its highest position in the charts. A timely showing on BBC4 given her recent big announcement.
Showaddywaddy ~ were a casualty of the 7.30 editor's scissors. But we've seen this one before.
The Sex Pistols ~ ok, it's Legs & Co dancing punk again to the Pistols. Multicoloured, like last time, and with the added ability to leap into mid air and hang there for several seconds, before reappearing in a different part of the stage! On the other side of this record was Who Killed Bambi? which features the vocals of Ed Tudorpole. 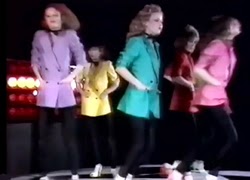 Neil Diamond ~ a live clip of Neil performing Forever in Blue Jeans in front of a large and appreciative audience. He does have a great voice, though I don't think this clip shows the song at its best.
Racey ~ another chance to see the band perform their biggest hit, Some Girls, with two thirds of Legs & Co.
Supertramp ~ a timeless classic here, and also their biggest hit both in the UK, where it got to number 7, and the USA where it made it to number 6. The Logical Song was also the winner of the 1979 Ivor Novello Award for best song musically and lyrically.
Sham 69 ~ a new performance, having abandoned the karate gear of last time for more normal attire ~ indeed the fashions at this time are beginning to take on an early 1980's look already. Singer Jimmy Pursey seeming to have some difficulty staying upright during this one.
Kandidate ~ sounding more like Lionel Ritchie than Lionel Ritchie himself did at the time!
Sister Sledge ~ a second showing of the video for this Chic produced disco hit, again like several on the show tonight, at its peak in the charts.
Art Garfunkel ~ holy bunnyrabbits, so what's the story here? We do get the Watership Down clip after all, but only about 10 seconds of it! Still, that's better than cutting it from the show completely I suppose. Does it mean the BBC don't have to pay full price for it? What would Bigwig say!
Wings ~ play us out this week with their appropriately entitled final top ten hit, which somewhat unusually was not included on their forthcoming album, Back to the Egg.
The next show, the 19th April, is a DLT hosted one so sadly will be skipped, so next week will be the 26th April hosted by David Jensen.
Posted by Angelo at 13:25 60 comments:

So with Tony Blackburn about to present his only 1979 edition of Top of the Pops, what was on ITV..... 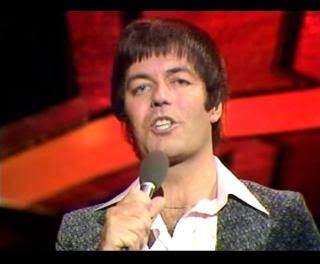 Tony did seem to be in a very jovial mood
5-4-79: Presenter: Tony Blackburn 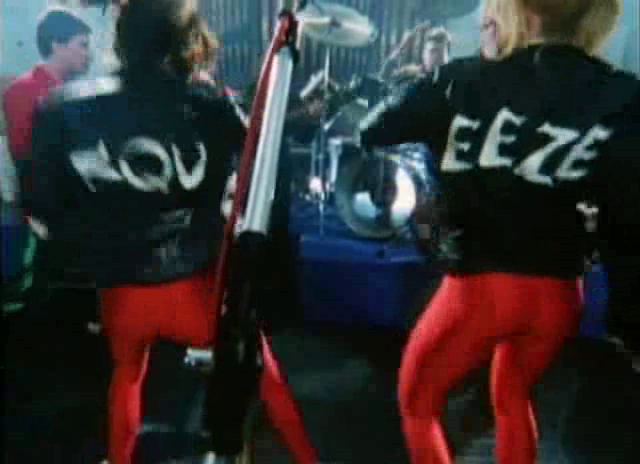 ﻿
The Sex Pistols ~ play over the chart run down - two singles now for them simultaneously in the top 20 both from the movie The Great Rock n Roll Swindle
M ~ The Scott brothers and Brigitte with their ode to the sound of the late 20th century. Lead singer Robin Scott ran Do-It records, who would soon be releasing the first LP by Adam and the Ants.
Village People ~ it's the famous video this week, shot in San Diego on board the USS Reasoner. The song didn't quite make it to number one, docking instead at number 2.
Squeeze ~ no live vocal this time from Chris, and the word 'bleeding' is allowed now too. There's also the two dancing girls - is one of them Michelle Collins?
Dire Straits ~ this week it's the Sultans of Swing who get the Legs & Co treatment, with the troupe dressed like rather glamorous dinner ladies. This single had originally been released in 1978, but only became a hit when reissued a year later.
Generation X ~ no Billy Idol on the 7.30 edition, but catch up with him later tonight at 1am.
Chic ~ were also edited out of the 7.30 showing, but we have seen this performance previously.
The Members ~ with their 'very unusual titled song' most notable for featuring Rico Rodriguez on trombone - he would also feature on the show again later in the year this time playing for the Specials on A Message to You, Rudy.
The Jacksons ~ strange that this was the second choice single from their Destiny album, with the boys having already appeared on the show performing the title track a few weeks back, which only made it to 39. Shake Your Body was always going to be much more successful.
Milk and Honey ~ sing the song that had just won the Eurovision Song Contest for Israel. It's a typically nicey nicey Eurovision offering but there's nothing wrong with that if it's a good tune and this one is a good tune and also performed very well too.
The Jam ~ this was the 7th of 8 consecutive singles that failed to make it into the top ten for the Jam, but after that they seemed to find another gear and came up with nine of them that did, including 4 number ones.
Gloria Gaynor ~ in her final week at number one - but will we get to see the song that replaces her?
Siouxsie and the Banshees ~ play us out this week with a song that made it to number 24.
Next up is the 12th April 1979 presented by Peter Powell.
Posted by Angelo at 14:20 66 comments: