Get ready to wave your wands in the air for this wizard edition of Top of the Pops from April 3rd 1986! 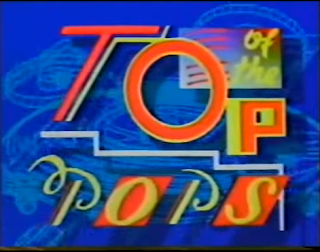 Cliff Richard & The Young Ones – “Living Doll” (1) (video)
Second of three weeks at number one.

The Style Council – “Have You Ever Had It Blue?” (27) (video/audience dancing/credits)
Peaked at number 14.

Top of the Pops Darling

This edition of Top of the Pops from 27th March 1986 will not be shown on BBC4 due to the contract dispute with Mike Smith. I'm away this weekend but I'll post any available download link when I get back. In the meantime, here's the (almost) full show on Youtube. 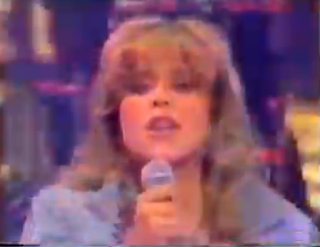 Samantha Fox – “Touch Me (I Want Your Body)” (4)
Making her debut with her first of three top ten hits, this one peaking at number 3.

The Art Of Noise & Duane Eddy – “Peter Gunn” (12)
Became their second of three top ten hits when it peaked at number 8.

Cliff Richard & The Young Ones – “Living Doll” (1) (video)
First of three weeks at number one.

Hi Ho Top of the Pops 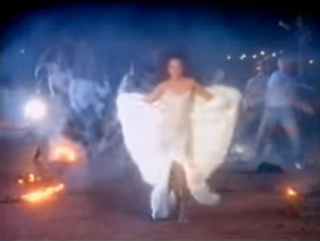 The Rolling Stones – “Harlem Shuffle” (13) (video/chart)
Also at its peak.

Cliff Richard & The Young Ones – “Living Doll” (4) (video)
The first 'Comic Relief' single and it will be number one next week.

Digging Your Top of the Pops

This edition of Top of the Pops from March 13th 1986 will not be shown on BBC4 due to the contract dispute with Mike Smith. So a huge thanks goes to Robert Thompson for making it available here at WeTransfer. 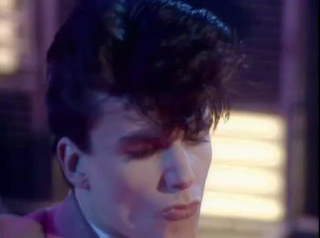 The cut and blow dry monkeys

Hounds of Top of the Pops

Had a rough day? Feeling hot under the collar? Well then, you'd have to be barking mad to miss this March 6th 1986 edition of Top of the Pops! Now sit! 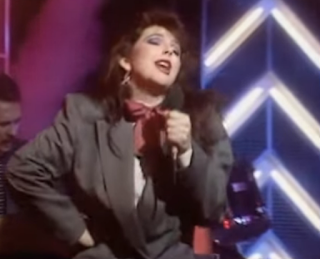 Mike & The Mechanics – “Silent Running (On Dangerous Ground)” (25)
The debut hit for this Genesis spin off band, featuring Phil Collins soundalike (and lookalike!) Paul Carrack on lead vocals and it peaked at number 21.

Tavares – “Heaven Must Be Missing An Angel” (12) (video/chart)
We interrupt this song to bring you the new chart rundown! Not one of the show's better ideas, and the song itself was now at its re-mixed peak.

Kate Bush – “Hounds Of Love” (18)
In the studio to perform the title track from her monster number one album, but this terrific single could get no higher than number 18.

Frank Sinatra – “Theme From New York New York” (10) (live clip)
It had peaked at number 59 when originally released in 1980, but this time around it made it to number 4, becoming Frank's eleventh of twelve top ten hits and his first top ten hit since 1969.

Whistle – “(Nothing Serious) Just Buggin’” (14)
With their only hit, which peaked at number 7.

Huey Lewis & The News – “Power Of Love” (11) (video/audience dancing/credits)
It had peaked at number 11 less than a year before, this time around it made it to number 9 to become the band's only top ten hit.

The engine has ignited and it's time to launch the February 27th 1986 edition of Top of the Pops! 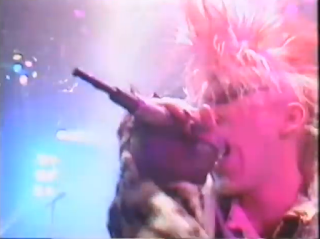 Sigue Sigue Sputnik – “Love Missile F1-11” (7)
Getting tonight's show off the ground with what was to be their only top ten hit when it reached its peak of number 3.

Talking Heads – “And She Was” (19) (video)
Another imaginative video and this time we get to see all the Heads rather than just David's, but this would be their final top 40 hit, peaking at number 17.

Alexander O’Neal – “If You Were Here Tonight” (24)
With his first solo hit and it peaked at number 13.

Bangles – “Manic Monday” (10)
In the studio to perform their first of three top ten hits, this one peaking at number 2.

Billy Ocean – “When The Going Gets Tough The Tough Get Going” (1) (video)
Fourth and final week at number one.

Top of the Pops Reaction 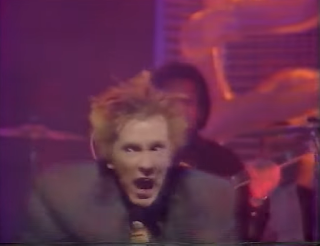 When you electrocute Worzel Gummidge

Billy Ocean – “When The Going Gets Tough The Tough Get Going” (1) (rpt)
Third of four weeks at number one.

The Damned – “Eloise” (3) (audience dancing/credits)
At its peak.

Top of the Pops Together

Good evening campers! Is there anything better after enjoying a nice dip in the Olympic size swimming pool than to settle down in the family lounge to watch the 13th February 1986 edition of Top of the Pops? 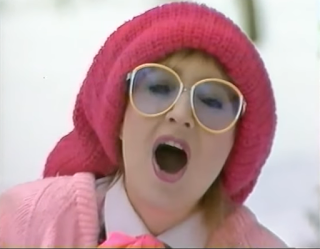 Survivor – “Burning Heart” (15) (breaker)
Almost four years after Eye of the Tiger, this was their second and final hit, peaking at number 5.

Billy Ocean – “When The Going Gets Tough The Tough Get Going” (1)
Second of four weeks at number one.

Top of the Pops Addict

Time for another fix of Top of the Pops with this edition from February 6th 1986! 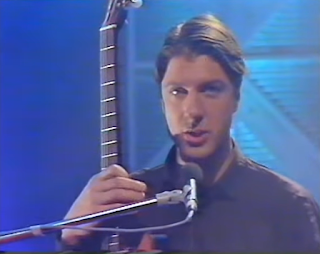 Billy Ocean – “When The Going Gets Tough The Tough Get Going” (1) (video)
First of four weeks at number one.