Gone Gone Gone its Top of the Pops 13th September 1979

Huge thanks once more to Neil B for uploading this edition of Top of the Pops from 13th September 1979 which BBC4 will be skipping this week due to it being hosted by Dave Lee Travis.... 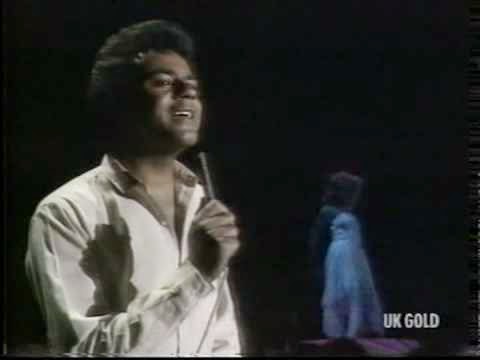 Strut Your Funky Top of the Pops!

After two months off the air I think we will all agree the return of Top of the Pops 1979 is most welcome! And, with this edition from 6th September, we're getting closer to being back in sync with 2014. On the down side of course we are now certain to miss the four remaining 1979 shows hosted by DLT. But hopefully, surely, once he serves whatever sentence he gets, his editions will be reinstated. Not to do so would be madness..... 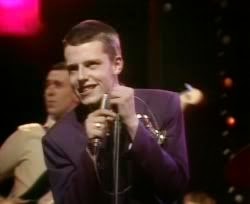 
Frantique ~ provide a funky soundtrack over the charts this week with their only UK hit.

The Ruts ~ loaded with attitude and graffiti Something That I Said was the follow up to their only top ten hit, Babylon's Burning ~ but 29 was all it had to say for itself.

Randy Vanwarmer ~ almost at its peak of number 8 in the charts now for Mr Randall Van Wormer's only hit, helped out in the studio here by Legs & Co.

Madness ~ who could have guessed that this eccentric group from Camden, seen making their stand out debut here, would go on to be one of the biggest UK groups of the 80's? So many amazing hits to come from them over the next few years.

Roxy Music ~ An eye catching video for this worthy follow up to Dance Away, taken from their comeback album, Manifesto ~ although the single version of Angel Eyes is not the same as the album version.

The Crusaders ~ was it a coincidence that a band with a song called Street Life was on immediately after Roxy Music (who had previously had a hit with a song of the same title)? Anyhow, unlike Roxy, the Crusaders had just the one top ten hit, and this fine record was it.

ELO ~ the third single from their album Discovery, and the biggest hit ~ seen colourfully performed here in an energetic video.

The Bellamy Brothers ~ and Legs & Co were the victim of a not so beautiful 7.30pm edit.

Racey ~ were also edited out of the early showing.

Bill Lovelady ~ an enthusiastic performance from Bill and his band of what was to be his only hit.

Boney M ~ with a clip that was due to be shown on that Saturday's Seaside Special, it peaked at 12 and was their final top 20 hit together.

Cliff Richard ~ with a new performance, clearly recorded for the show but not in front of an audience, though there were some mysterious sightings of people in the background, of his number one hit, featuring a trademark t-shirt sporting his latest album Rock n Roll Juvenile.

The Flying Lizards spend a little time with us playing over this week's credits, but that's all we'll get to hear of them on BBC4, their other appearances were on shows hosted by JS and DLT.

Talking of DLT, the next show from the 13th September was one of his, so I guess that won't be shown now, so we'll be skipping to the 20th September and Mike Read.
Posted by Angelo at 13:29 37 comments: