Groovy Kind of Top of the Pops

If you hear some things that go bump in the night, don't scream, it's just the 8th September 1988 edition of Top of the Pops! 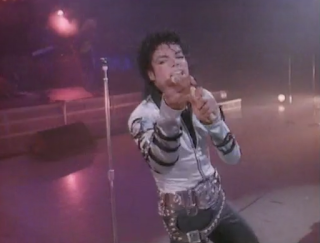 Marc Almond – “Tears Run Rings” (28)
Getting tonight's show underway with one of his less memorable tunes, and it went up two more places.

Gloria Estefan & Miami Sound Machine – “Anything For You” (15) (video)
This syrupy ballad was on its way to number 10.

Spagna – “Every Girl & Boy” (23)
In the studio to perform this fine tune but it was her final hit and it got no higher.

Bill Medley – “He Ain’t Heavy, He’s My Brother” (25) (breaker)
Were people buying this version by mistake? Either way, it got no higher.

Michael Jackson – “Another Part Of Me” (16) (video)
This sixth single from his Bad album went up one more place.

Yello – “The Race” (8) (video)
This clever and eccentric record went up one more place.

Phil Collins – “Groovy Kind Of Love” (1)
He's in the studio to perform his first of two weeks at number one.

Teardrops of the Pops

Footsteps on the dance floor remind me baby of the 1st September 1988 edition of Top of the Pops! 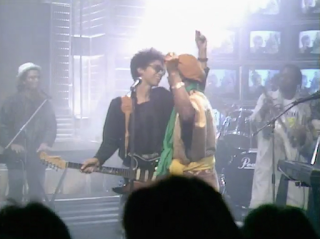 Snog of the Pops

Womack & Womack – “Teardrops” (7)
In the studio to perform their only top ten hit and it went up four more places.

Guns N’ Roses – “Sweet Child O’ Mine” (24) (breaker)
A famous song for the band of course, but for time being it got no higher. It would be next year when it would re-chart and peak at number 6.

A-ha – “Touchy” (12)
They were studio veterans by now and this latest offering went up one more plac.

Bomb The Bass – “Don’t Make Me Wait” (6)
In the studio but the song went up no further.

Yazz & The Plastic Population – “The Only Way Is Up” (1) (video)
Fifth and final week at number one.

Phil Collins – “Groovy Kind Of Love” (9) (video/credits)
Will be number one next week.

Top of the Pops All Over the World 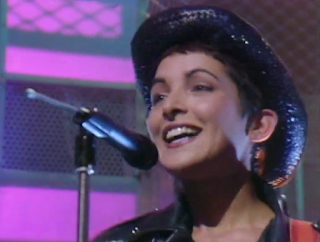 Big Country – “King Of Emotion” (16)
Getting us underway with their new sound but this was to be the band's final top 20 hit and it was now at its peak.

Jane Wiedlin – “Rush Hour” (21)
The former Go-Go is in the studio to perform what was her only top 40 hit and this bouncy song peaked at number 12.

Brother Beyond – “The Harder I Try” (3)
Back in the studio with their first of two top ten hits and it went up one more place.

Bomb The Bass – “Don’t Make Me Wait” (20) (breaker)
Became their second of four top ten hits when it peaked at number 6.

Womack & Womack – “Teardrops” (18) (breaker)
Became by far the duo's biggest hit when it peaked at number 3.

Status Quo – “Running All Over The World” (17) (video)
It was this year's Sport Aid single but it got no higher than number 17.

Breathe – “Hands To Heaven” (4)
Also back in the studio tonight but their only top ten hit was now at its peak.

Yazz & The Plastic Population – “The Only Way Is Up” (1) (rpt)
Fourth of five weeks at number one.

Top of the Pops on the Beach

Upon a summer wind there's a certain melody takes me back to a show that I know ~ the 18th August 1988 edition of Top of the Pops! 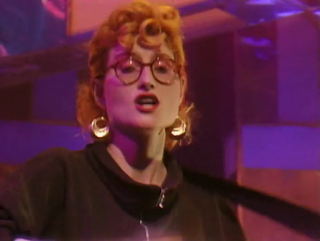 Aztec Camera – “Working In A Goldmine” (31)
Tonight's show gets off to a taking it easy kind of start but this song got no higher in the charts.

Status Quo – “Running All Over The World” (30) (breaker)
This year's Sport Aid single peaked at number 17.

Fairground Attraction – “Find My Love” (7)
Back in the studio a second time but the song was now at its peak.

Yazz & The Plastic Population – “The Only Way Is Up” (1)
A new studio performance for Yazz's third of five weeks at number one.

Robbie Robertson – “Somewhere Down The Crazy River” (22) (video/credits)
This rather eccentric song (that Jimmy Nail must've listened to very closely I think) peaked at number 15.

The Only Way is Top of the Pops

Everyone deserves a second chance, especially the 11th August 1988 edition of Top of the Pops! 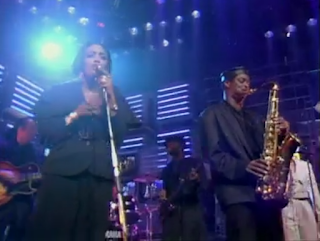 Mica Paris featuring Courtney Pine – “Like Dreamers Do” (26)
Getting tonight's definitely not live show underway but this song got no higher.

All About Eve – “Martha’s Harbour” (15)
Accepting an invitation to return to the studio after last week's diastrous technical issues, this time the duo perform it live and the song peaked at number 10.

Breathe – “Hands To Heaven” (17)
Making their debut with a classy power ballad that became their only top ten hit when it peaked at number 4.

Iron Maiden – “The Evil That Men Do” (6) (video)
The second single from their number one album Seventh Son Of A Seventh Son, and it went up one more place.

Tanita Tikaram – “Good Tradition” (23)
Making her debut with what became her only top ten hit when it peaked at number 10.

Brother Beyond – “The Harder I Try” (24)
Another band making their studio debut with what became their biggest hit when it peaked at number 2 for these Bros-a-likes.

Yazz & The Plastic Population – “The Only Way Is Up” (1) (video)
Second of five weeks at number one.

Martha's Top of the Pops

You might want to hide behind the sofa! It's the infamous 4th August 1988 live edition of Top of the Pops! 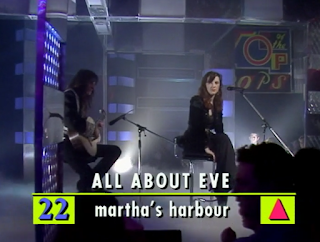 Flop of the Pops

Kylie Minogue – “The Loco-Motion” (2)
Making her studio debut and getting tonight's unforgettable show underway with her second of three number two hits in 1988.

Fairground Attraction – “Find My Love” (14)
Eddi must have been hot in that big coat, but it was worth the sweat becasue the song went up seven more places.

Voice Of The Beehive – “I Say Nothing” (25)
Also in the studio tonight and the song went up three more places.

The Funky Worm – “Hustle (To The Music)” (17)
Making their debut with what would be their only top 40 hit when it peaked at number 13.

All About Eve – “Martha’s Harbour” (22)
It's still awkward to watch even after all these years, but the studio audience were very supportive, and it all turned out alright in the end because the song deservedly went up twelve more places.

Yazz & The Plastic Population – “The Only Way Is Up” (1) (rpt from 28/07/88)
Well, Yazz was clearly in the studio tonight but it looks like this performance itself was a repeat from last week. But anyway, this was her first of five weeks at number one. 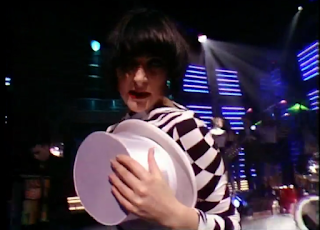 Top Hat of the Pops

Shakin’ Stevens – “Feel The Need In Me” (26)
Someone's had too much weetabix for breakfast this morning! So much energy but sadly his top ten days were behind him and despite all his exersions this rock n roll disco cover got no higher.

Siouxsie & The Banshees – “Peek-A-Boo” (30)
Sporting a white top hat and a zebra stripe dress, this rather cute tune became Siouxsie and the band's final top 20 hit when it peaked at number 16.

All About Eve – “Martha’s Harbour” (36) (breaker)
One week away from their infamous studio appearance, the song would peak at number 10.

Yazz & The Plastic Population – “The Only Way Is Up” (10)
In the studio to debut our 1988 blog title and it will be number one next week.

Fairground Attraction – “Find My Love” (32) (video/credits)
This summery song became their second of two top ten hits when it peaked at number 7.

I Don't Want To Talk About Top of the Pops

But if I stay here just a little bit longer, I'll be listening to the 21st July 1988 edition of Top of the Pops! 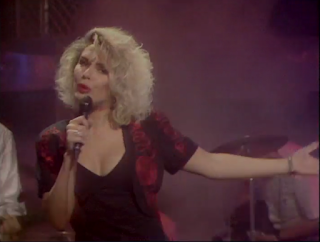 S Express – “Superfly Guy” (20)
Andy Crane's first show gets underway with what became the second of three top ten hits for S-Express when it peaked at number 5.

Everything But The Girl – “I Don’t Want To Talk About It” (3)
A second studio performance, and this time they have brought their string section along, but the song was now at its peak.

The Mac Band featuring the McCampbell Brothers – “Roses Are Red” (8)
Making their studio debut here but this song was also at its peak.

Ziggy Marley & The Melody Makers – “Tomorrow People” (22)
And another studio debut, but again the song went up no higher.

Michael Jackson – “Dirty Diana” (4) (video)
Yet another song at its peak.

Kim Wilde – “You Came” (16)
Did she record this the other week when she gave the birthday cake to Glenn Medeiros? The song was a big hit for her and it peaked at number 3.

Glenn Medeiros – “Nothing’s Gonna Change My Love For You” (1) (video)
Third of four weeks at number one.

George Michael – “Monkey” (13) (video/credits)
The fifth single from his number one album Faith, and number 13 was as high as it climbed.