I Only Want to be with Top of the Pops

It's the 29th November 1979 and the second week of strike action at the BBC, which means that for some reason the chart rundown features black and white mug shots whilst host Peter Powell, like DLT the week before, can only be heard but never seen..... 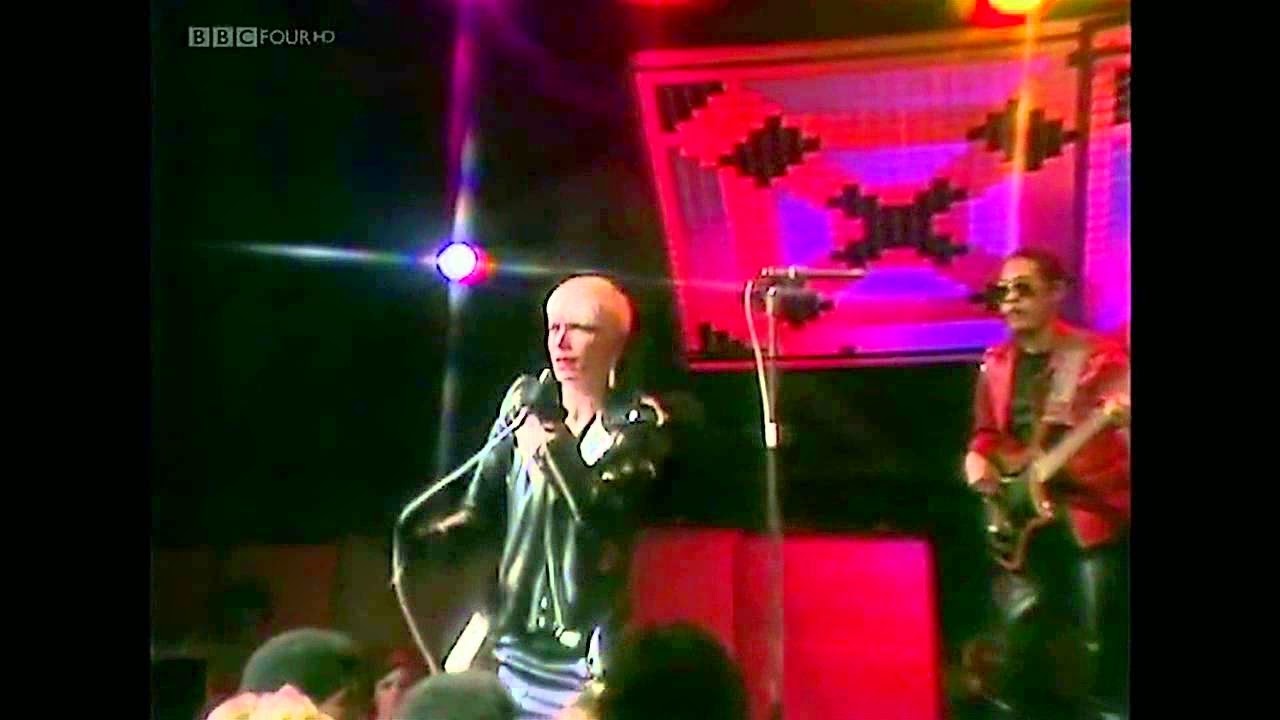 
Michael Jackson ~ does the chart rundown this week with the title track from his top five hit album.

The Gibson Brothers ~ are next with the first of eight videos featured on tonight's show.

The Police ~ they might not have quite made it to the moon as such, but they were well on their way to next week's number one.

The Tourists ~ having come close with The Loneliest Man in the World, Annie and the gang finally breakthrough with this Dusty Springfield cover.

Status Quo ~ Rick takes control of the lead vocals for this one, helped out by Francis of course and quite a few penguins.

Blondie ~ are somewhere deep in the New York docks to perform this most atmospheric of songs from their album Eat to the Beat, though the next single from it would be a much bigger hit.

Thin Lizzy ~ another chance to hear Sarah, now at its peak in the charts.

Rose Royce ~ with the tune that was later sampled all the way to number one by S-express, but, 90's remixes of Car Wash excluded, this would be their final top 20 hit.

The Moody Blues ~ were the only act edited out of a packed 7.30 pm show tonight.

The Skids ~ were these video clips so short on the original transmission? Or is this how they fitted almost everything into half an hour tonight? Anyway, a belting tune and video which proved to be the band's final top 30 hit.

Legs & Co ~ with a repeat showing of their Summer and Streisand routine. Maybe the girls were on the picket line?

Pink Floyd ~ with a 'surprise' single release and iconic accompanying video, Another Brick in the Wall was their first single since 1967, choosing instead to release albums only from that point until this.

Dr Hook ~ watch their friends for a final week at number one.

The Isley Brothers ~ at their peak in the charts play over the credits.

Next week we reach 6th December 1979, normal Top of the Pops service is resumed, and a new host makes his debut.
Posted by Angelo at 13:43 30 comments:

Top of the Pops Rebel

Many thanks again to Neil B for coming to the Top of the Pops rescue by making this unusual edition from 22nd November 1979 available ~ it won't be shown on BBC4 due to it being hosted by DLT, but due to a BBC strike at the time he only appears in the form of a ghostly voice-over. For the chart rundown were are treated to Whole Lotta Love (hurray!) and the only new studio performance, albeit without an audience, comes from The Pretenders. 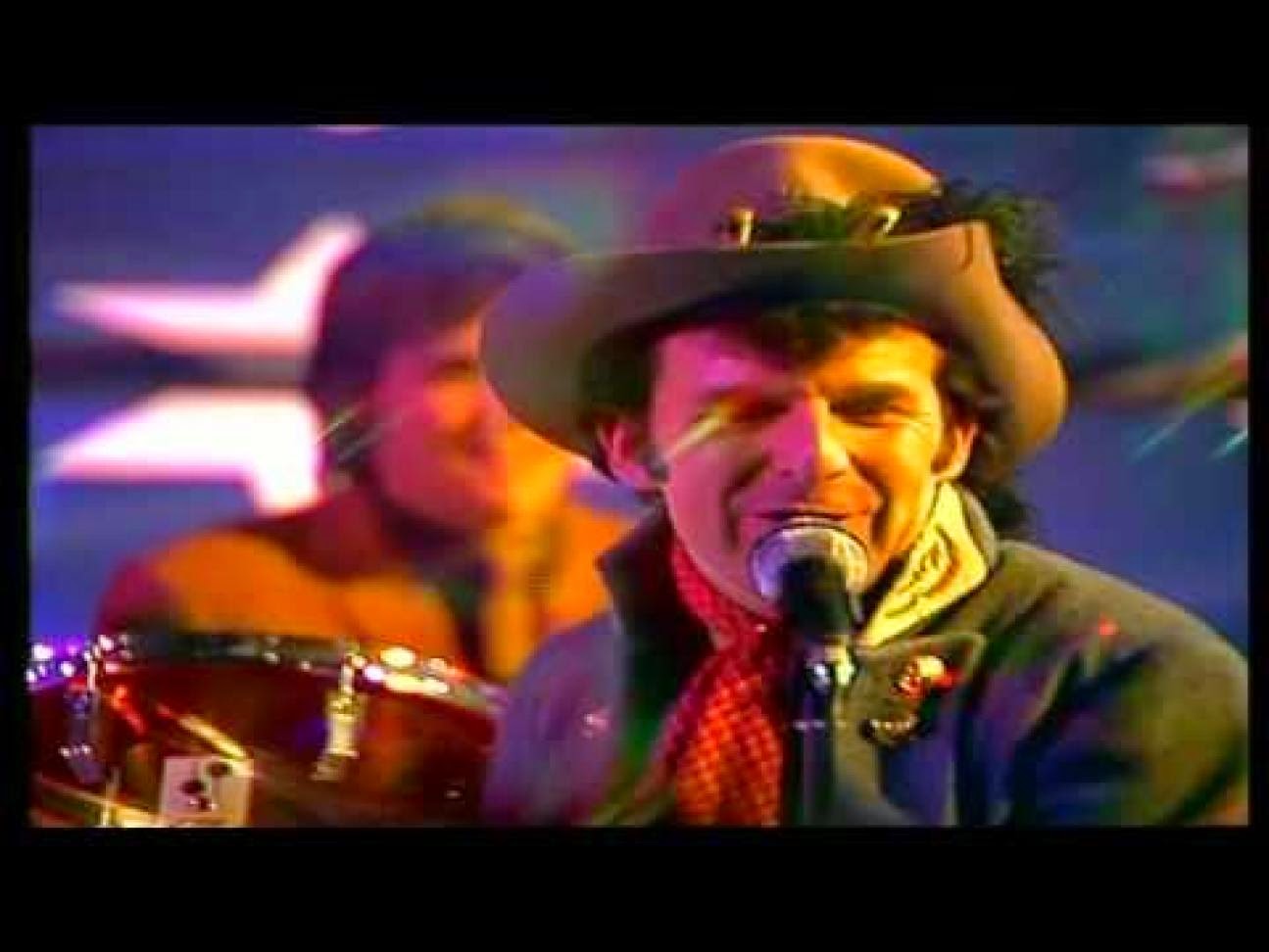 I'm a Top of the Pops rebel, from head to toe

A Night at Top of the Pops

The 15th November 1979 is now upon us, and this is the last show where we'll see a presenter until Simon Bates makes his debut on the 6th December! 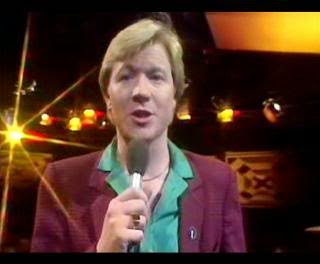 The Jam ~ are back in the studio for a second performance of The Eton Rifles, the only single to be released from their latest album, Setting Sons.

Cliff Richard ~ hoping to follow up his huge hit We Don't Talk Anymore, but Hot Shot misfired and got no higher than 46.

Thin Lizzie ~ some major 7.30pm culling now, with this repeat showing of Sarah being the first victim.

The Tourists ~ they only want to be on the late edition, this one was also 7.30 chopped!

BA Robertson ~ also found himself knocked off the 7.30 show.

Suzi Quatro ~ was edited out too, with She's in Love with You at her peak in the charts.

The Moody Blues ~ "amazingly it's 12 years ago since they first appeared on the show with this song" says host David ~ and 12 years into the pop past seemed a long long time back in 1979.

Kool and the Gang ~ perform their disco classic in a Soap Factory full of ladies, of course. Ladies Night was the first of a long string of hits for Kool and the Gang over the next 8 years or so.

Secret Affair ~ with the mod follow up to Time for Action, but Let Your Heart Dance didn't make the top 30.

The Ramblers ~ another showing for the girls of Abbey Hey Junior school, now nearing their peak of number 11.

Showaddywaddy ~ this single ended a run of 9 consecutive top 20 hits for the group stretching back to 1976.

Dr Hook ~ finally made it to number one, but it was hard.

The Isley Brothers ~ play over the credits this week, with their last ever top 20 hit.


The next show is the 22nd November 1979. Due to a strike at the BBC at the time, this show was made up mostly of videos and repeats, and presented by voice over. Unfortunately for us, the voice is that of DLT and so BBC4 are skipping it. This means that next Thursday we will see the (still on strike) edition from the 29th November, which was voiced over by Peter Powell.
Posted by Angelo at 13:49 34 comments:

The 2-Tone Top of the Pops

There doesn't seem to be any Top of the Pops on BBC4 next Thursday, so it's a very timely big thank you again to Neil B for making (most of) this famous edition from the 8th November 1979 available ~ it's the one that features Madness, the Specials and the Selector all in the studio ~ the 2-Tone Top of the Pops. It won't be broadcast on BBC4 because it was hosted by Jimmy Savile, so do not click on the link if you are going to be offended...... 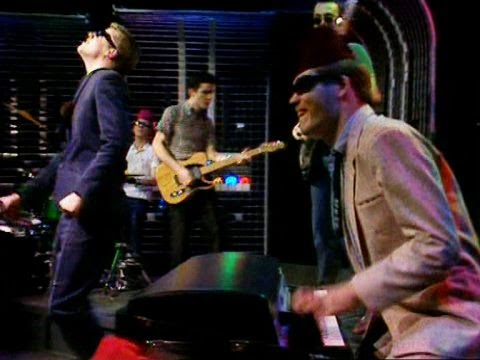 I'm Only a Poor Little Top of the Pops

November 1979 arrives and this 30 minute edition of Top of the Pops means that nothing needs to be edited out of this week's 7.30pm slot on BBC4....

Don't mess with us, St. Winifreds!


Sad Café ~ play over the charts, now at their peak of number 3.

Sparks ~ get the show underway with their own brand of Californian euro-disco, but this particular 45 got no higher than 45 in the charts.

The Ramblers ~ flying up the charts, and playing their own guitars, it's the Abbey Hey Junior School choir tweeting a song written by Maurice Jordan.

Darts ~ Rita Ray takes the lead vocal for this follow-up to Duke of Earl, but it couldn't get any further than number 43.

The Jam ~ Host Mike Read points out that this is their 9th single, but it was to become the first to make it into the top ten, and although The Jam had been Top of the Pops regulars since 1977, this was their big breakthrough, with a song that was just a different level to any of their previous eight.

Lene Lovich ~ continuing the feathered theme this week, a wonderfully eccentric performance by Lene was enough to see The Bird perch at number 39.

Legs & Co ~ go space disco this week for a silver caped routine to Star by Earth Wind and Fire.

Thin Lizzy ~ a more mellow effort than usual here from Thin Lizzy, which perhaps didn't quite pay off for them with Sarah stalling at 24.

Suzie Quatro ~ now here's someone who doesn't really do mellow, it's Suzie Quatro with another raucous performance of Nicky Chinn and Mike Chapman's She's in love with You.

BA Robertson ~ follows up his unusual hit Bang Bang with something even more unusual, but standing out from the crowd like this knocked him off a second top ten hit.

Lena Martell ~ with a second of three weeks at number one, but we won't see her again on BBC4.

Fleetwood Mac ~ drum us out this week with Tusk nearing its peak of number 6 in the charts.


The next episode, the 8th November 1979, is the famous 'two-tone' Top of the Pops, featuring Madness, The Specials and the Selector! Unfortunately, it was hosted by Jimmy Savile. So that means the next edition on BBC4 will be the 15th November 1979 hosted by David Jensen.
Posted by Angelo at 14:51 40 comments: